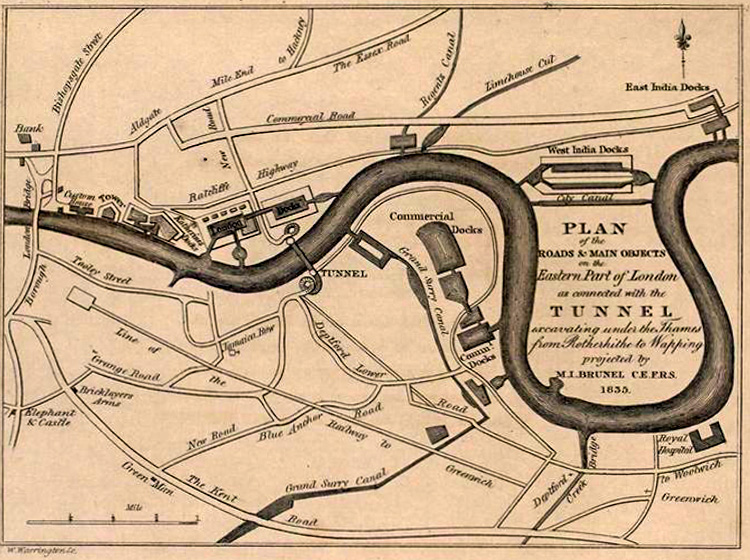 Plan of the Tunnel with reference to the main roads and objects on the eastern part of London. Engraved and printed by W Warrington, for the Thames Tunnel Company.
From the New York Public Library and used with permission. 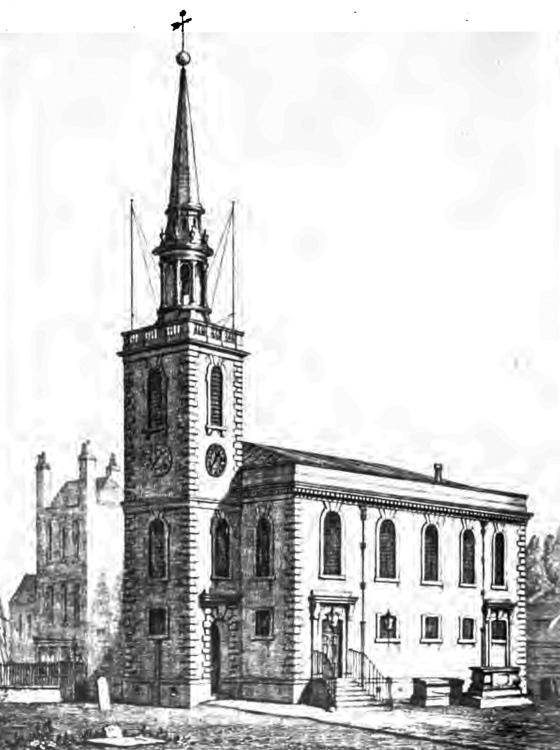 Re-erected in 1715. The new tower was built in 1738.
From Memorials to serve for history of the parish of St Mary, Rotherhithe by Edward Josselyn Beck MA. Published by the Cambridge University Press 1907.

Notes from a talk given by Diana Rimel