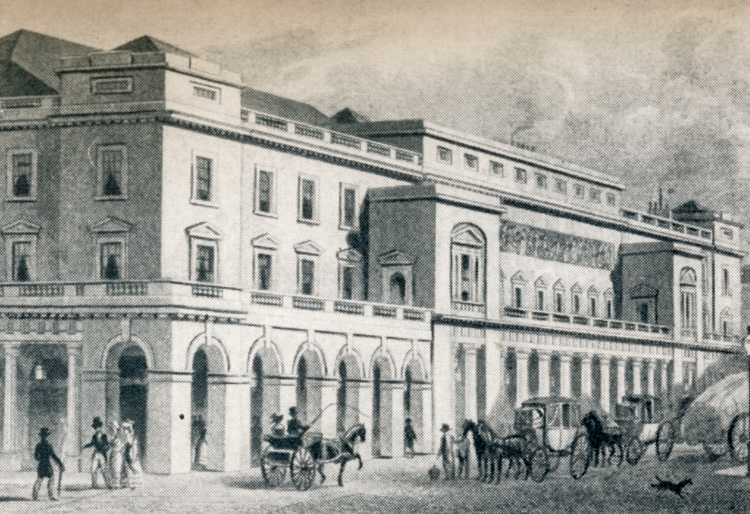 Built in 1791 by William Taylor to replace the theatre burnt down in 1789 during evening rehearsals. The first public performance was in 1793 and the theatre was then the largest in England. The theatre was renamed Her Majesty’s in 1837 when Victoria came to the throne.
From The Face of London by Howard Clunn. 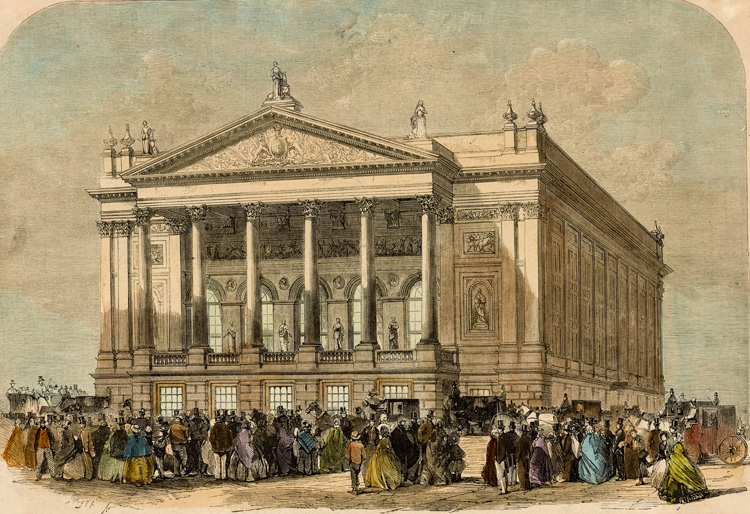 The third theatre on the site (the previous ones burned down in 1808 and 1856). Designed by Edward Middleton Barry and built by the Lucas brothers. The theatre opened on May 15 with a performance of Meyerbeer’s Les Huguenots and became the Royal Opera House in 1892.
From the Illustrated London News, May 15, 1858.