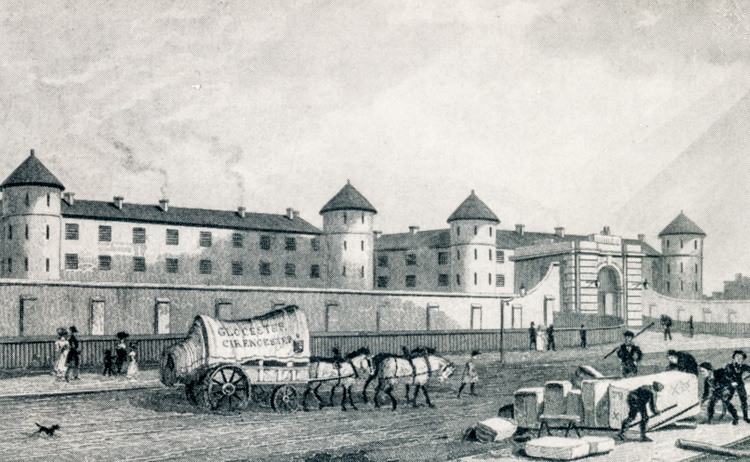 Built in 1799 at a cost of £500,000 and designed by Jeremy Bentham. The walls were octagon shaped and enclosed 16 acres. Every convict sentenced to transportation was first sent to Millbank. The buildings held 1,120 prisoners until the prison was closed in 1890 and demolished in 1893. The Tate gallery then expanded on to the site.
From The Face of London by Howard Clunn. The engraving is probably based on a painting by Thomas Hosmer Shepherd.
Further reading:
Cholera and the Thames: a detailed artice by Johanna Lemon and Peter Daniel.
Tate Britain: the dreaded Millbank prison.
Knowledge of London: recent pictures of remains of some of the cells.
Wikipedia.