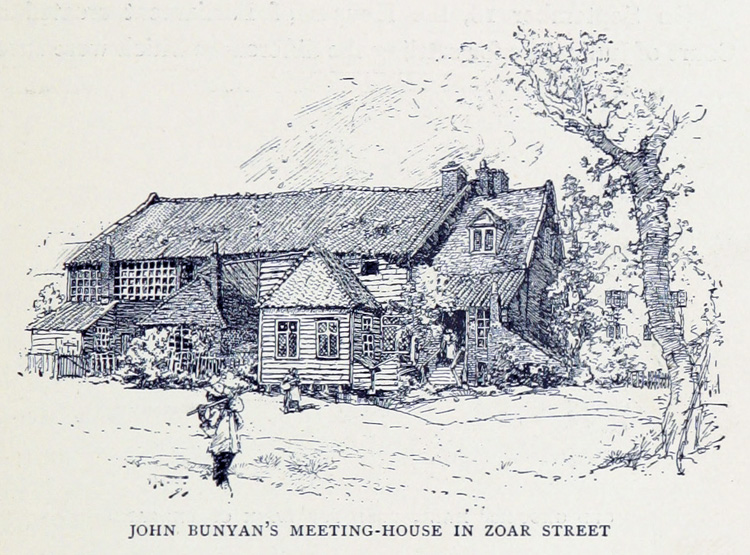 From London With Illustrations by Sir Walter Besant, published by Chatto & Windus in 1892, but likely to predate this.
The Survey of London, volume 22: Bankside (The parishes of St Saviour and Christchurch Southwark) (1950) says the meeting house was used as a workshop in 1819 and the area was rebuilt early in the 19th century. A photo of Zoar Street in 1912 can be seen here and more details can be found here.
Photo courtesy of the British Library via flickr.