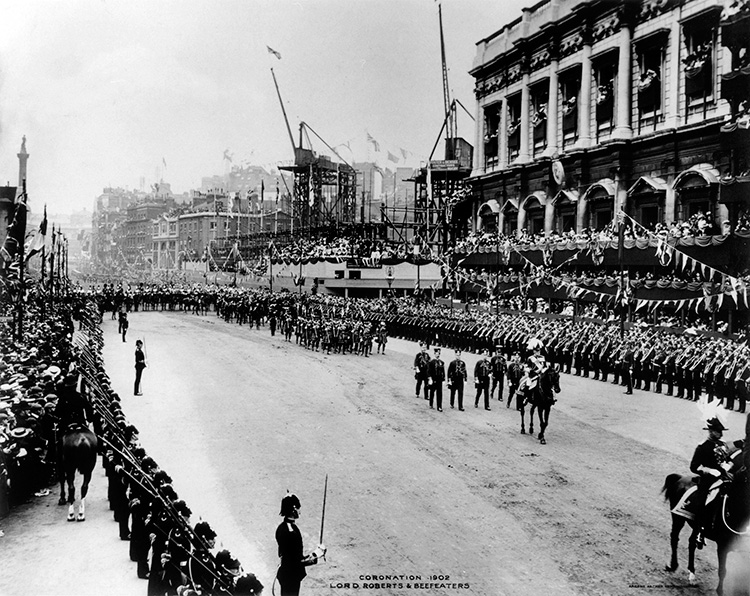 The procession for the coronation of King Edward VII passes the construction of The Old War Office building in Whitehall in 1902. The Old War Office was built in 1902 for the Imperial General Staff and was central to operations. The building was a focal point for military planning throughout the major conflicts of the 20th century, housing numerous Secretaries of State, including Sir Winston Churchill.
Image courtesy of the Ministry of Defence and used under the terms of the Open Government Licence.